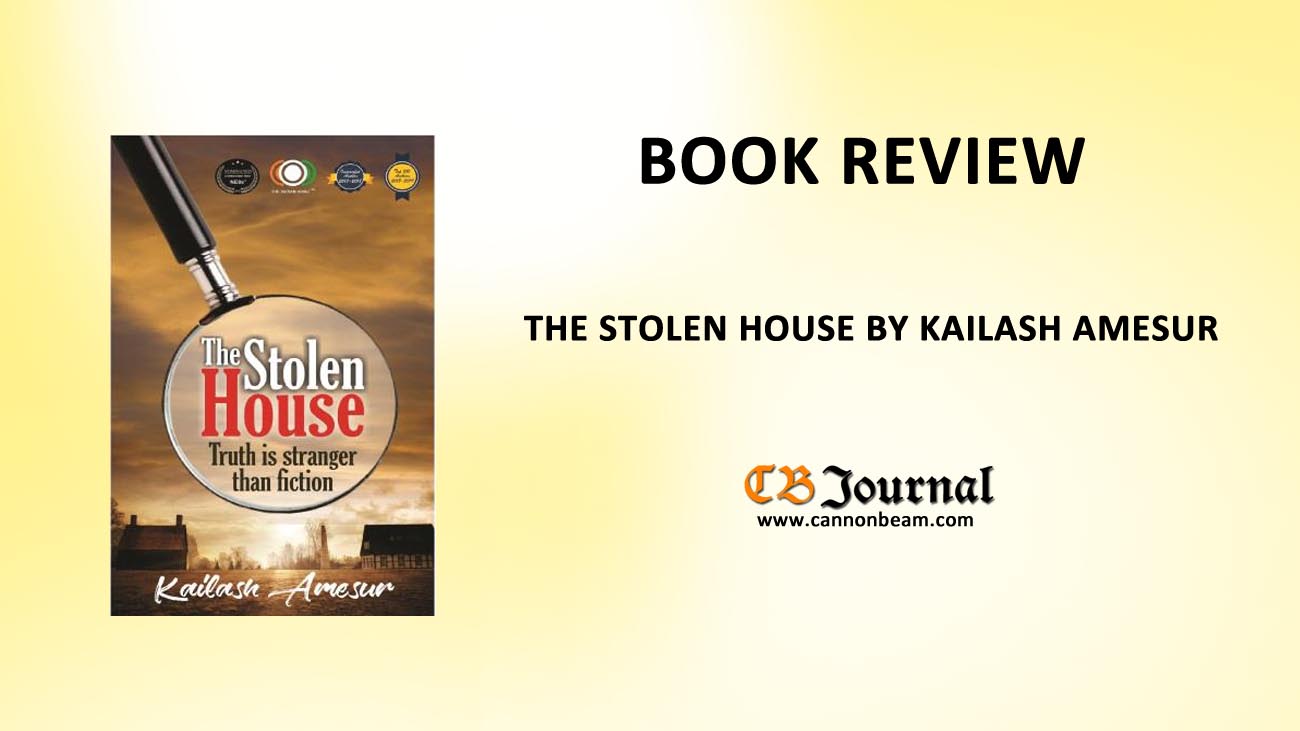 Kailash Amesur has weaved a pure literary magic in his novel and he has driven the ideas home perfectly. I won’t comment more on the storyline of the novel because almost every other reviewer, seniors, and juniors, have done the same – also provided the basic storyline of the novel and therefore, I won’t be doing that again. I would rather love to have my opinions conveyed.

The title is ‘The Stolen House’ and you must think it’d be some kind of thriller, suspense or something which will blow your mind… But I should tell you, you are absolutely right! The book offers you a pleasant read and you can read it in just one or two sittings. You will also find a lot of adventure in the novel. Especially, the youths who want to read the novels with a lot of detective impetus will surely love the book!

The novel starts with the introduction of two main characters. First, inspector Milind, who is one of the most reputed police officers in the city who has solved many critical cases. Another main character is of Mr. Roy, the most famous and reputed criminal lawyer of the city. With a huge list of successful stories behind him, he soon became a celebrity and was always seen in the headlines.

Coming to the story, it was surprising but truth that the house of Mr. Roy has stolen and for this he complaints to inspector Milind. He takes it funny and he could not believe for this complaint. But soon, he gets to know that the house is actually stolen and he was in a deep shock. Milind had no options to get rid of the situation. The bungalow was not a piece of jewellery or a mobile phone to be easily stolen. No, impossible. How can it be stolen?

Giving more pace to the story, Jay, childhood friend of Milind comes into the picture. Jay and Milind had been together since childhood. Jay also wanted to become a police officer but due to some reason he changed his stream and because of that reason, Jay left his dream of becoming a police officer and got into criminal journalism. Jay had cracked a number of criminal cases in the past and now he had become an expert in the field.

After the introduction of Jay, the things got even worst. After that night of Jay and Milind’s meeting, all seniors and media surrounded Mr. Milind and then he was insulted badly and suspended for a month. Milind had been working really hard and honestly for so many years. He had got over a lot of high-profile murder cases, but he had never seen media getting so much involved. Later on, Milind was trapped in the murder case of his own wife and everything seems to be finished for him.

Author Kailash Amesur seems to be in love with dates as he begins this thriller novel and there is something wrong which is going in the background of the novel which had happened 5 years back. Nevertheless, in between, many suspicious events take place – there are murders, there is deceit, there is backstabbing, and there are secrets which were kept in unfathomed darkness!

Trust me! You can never predict the end of this novel, though you may be a regular suspense thriller reader. Kailash has arranged the courtroom drama, suspense everything very well in those 78 pages. Going through the novel, readers come to know of very deep secrets and they must enjoy what they read. The secrets unfold in a way they should be presented to the readers and along with that, there are other events going on.

Will Milind be able to solve the case of ‘The Stolen House’? How will he prove himself innocent? Who are the actual enemies of him? We will not spoil your enjoyment by disclosing complete story in the review. Rather, you will enjoy the thriller by yourself very well. The readers who want to spend some of their hours resolving a stolen puzzle which is filled with too many past connections, let’s get your hands on the Stolen House! You won’t regret reading this thriller and would surely be waiting for the next one to come… Happy Reading!

‘The Stolen House’ is certainly going to impress the readers, no doubt about it. I will keep my rating 4.5/5 for this amazing novel by Author Kailash. The novel is having serious moments as well as the peak moments of a crime fiction – violence in the highest and coldest form.