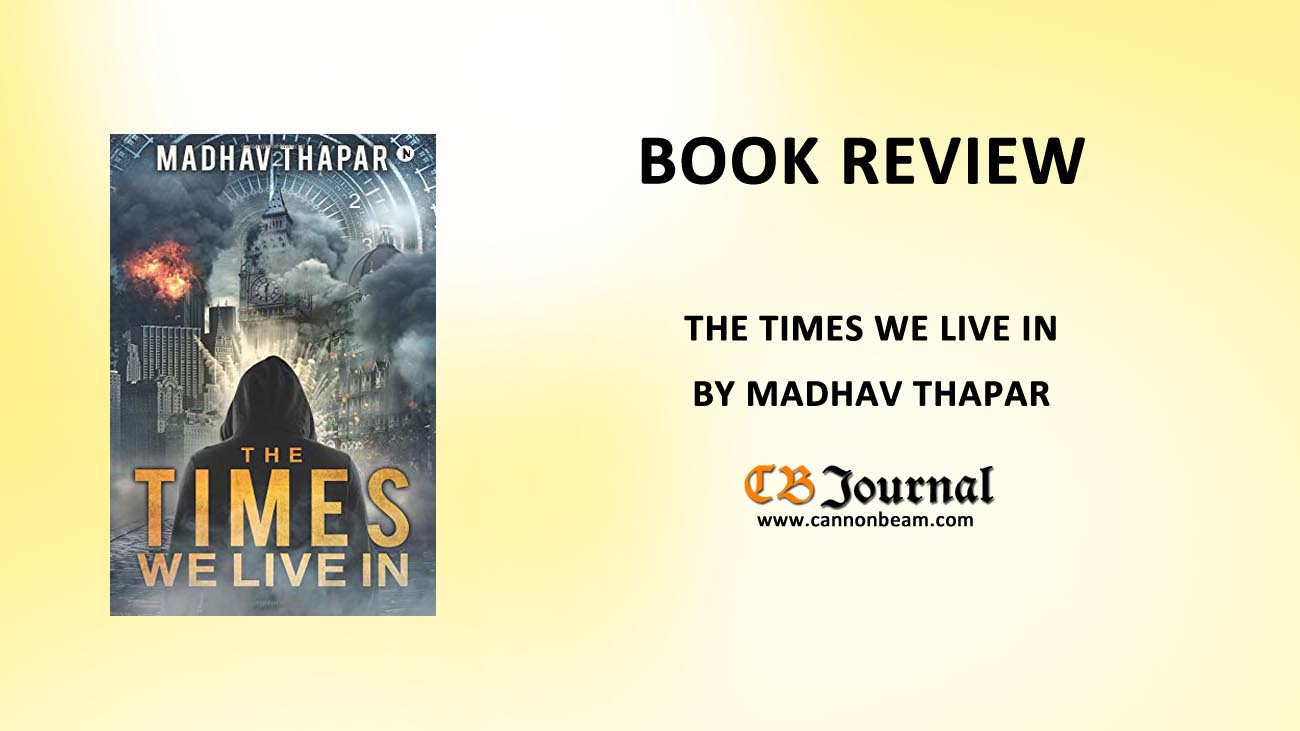 Recently I finished reading Madhav Thapar’s recent release “The Times We Live In” published by Notionpress. Trust me, it has all those elements that we would love to have while reading a thrilling novel. Madhav is already a very well known author because of his successful book “A Frind Like Karna” and just after that, he has surprised us with another exiting fictional novel. I am going to share my reviews on the same today.

So it’s the second book of Madhav and we must say he has truly touched international standard of fiction writing with this book “The Times We Live In”. Everything he has managed to have so perfect that you will not get any single page to criticise Madhav. In the book he has used some characters from his first book “A Friend Like Karna” so I would suggest to read that book first to get the 100% real taste of this one. So let’s first talk about the characters.

There are many important characters in the novel like Sarfaraz Khan and Girdhari Lal Mehta. Both have a family where Om Prakash, Jai Prakash, Veena and Sushma are the children of Girdhari Lal Mehta and Parvez, son of Sarfraz Khan. Another important character is of Cobra who is the most dangerous yet hidden character in the book. His main identity is revealed at the end of the story.

The author has set the plot on on two major events in the world history – ‘The India-Pakistan partition’ and 26/11 terryfying attack in Mumbai. The author has properly connected these events with the perfect use of fiction and facts. The events are true in the history but author has managed to show it with a story of his novel. He has tried to show how one event effects another and how it is connected. He has shown two different families and generations who got separated and suffered the huge pain.

The Mehta family tries to cross Indian border with the help of their friend Sarfaraz Khan but the family got killed and only Sushma and Jai Prakash left to witness the sorrow. Author moves the story in back and forth many times to show terror actitives of Kobra and research on RAW spy agents. RAW tries to catch Cobra but it was the toughest task ever for them. There are lots of things to discover in the novel and it will never let you stop reading until you finish it.

The book has been receiving a great response from the readers and book critics alike because of the storyline and way of writing by Madhav. Going through the novel, readers come to know of very deep secrets and they must enjoy what they read. The secrets unfold in a way they should be presented to the readers and along with that, there are other events going on.

This novel is a quick read because readers are intrigued enough to read further and further in order to find out what the secret is. The characters and plot are handled well enough (keeping in mind that the writer is an experienced writer).

To the readers who want to read something genuine and spend their weekends or office lunch time with a book, I will directly say – go buy this book on Amazon and enjoy “The Times We Live In”! You will thank me, I know it! Once you get the book and read some chapters, you will be curious enough to finish the book in one single go because it captures your eyes and mind! So happy reading, readers!