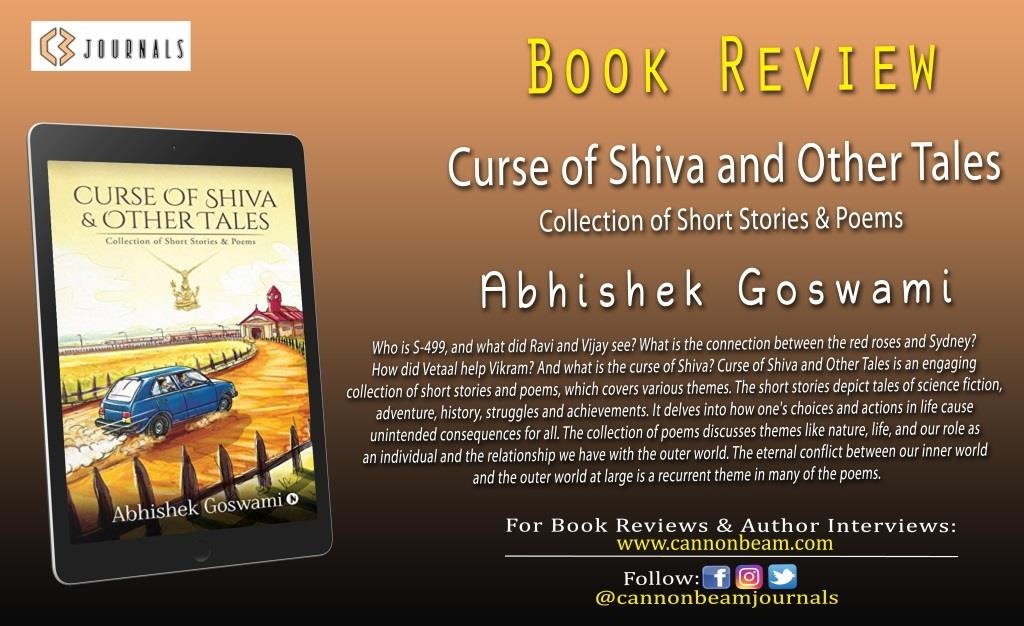 Abhishek Goswami works with an MNC in Gurgaon and is a writer by interest. He is a post-graduate in business administration, PMP and Lean certified and a graduate in Science from Delhi University.

In his spare time, he likes to read classic mysteries, historical/mythological fiction and follows cricket and music with passion.

The Lonely Drummer and Other Poems was his first book, published by Notion Press in 2017. He was awarded the “Top 100 Inspiring Authors of India” in 2018 and “Swami Vivekananda Award for Excellence in Literature” in 2019, presented by the Governor of West Bengal for his first book. He is a regular contributor to literary sites like Asian Literary Society, Muse India and United By Ink. A few of his poems and stories have been published in The Hans India newspaper and anthologies by Asian Literary Society, United By Ink and Half Baked Beans. He also features regularly in various Asian Literary Society events to recite his latest creations.

Abhishek’s First Book: “The Lonely Drummer and Other Poems”

The Lonely Drummer and Other Poems take the reader through a gamut of human emotions and feelings and tickle the reader’s imagination and curiosity levels as well. If the Lonely Drummer talks about the fate of a performing artist, the Memoir of a Currency Note deals with a first-person account of a currency note’s life journey and how it is similar to humans as well. The Blue Book is a poem of the suspense/mystery genre and is sure to appeal to the curiosity level of the reader.

There are poems based on Alliteration (Striking Storm, Butter Biscuit), Limericks and other styles (prose, non-rhythmic) which talk about our connection with nature and how we can take a few learning’s out of it (The Floating Messenger, The Long Walk). The younger readers can also expect to read and enjoy some lesser-known facts about our solar system, scientific discoveries, and history in a few other poems (Signs of Science, Original Nine, The Brightest Jewel).

Abhishek’s Second Book: “Curse of Shiva and Other Tales”

‘Curse of Shiva and Other Tales’ by Abhishek Goswami is the volume of some extremely, well-written and clever short stories embracing comedy, drama, tragedy, and suspense.

Author Abhishek Goswami uses a crisp, sparse style with minimal description, leaving much to readers’ imaginations. Characters are developed through action and dialogue, never impeding the well-paced plots. The stories are expertly crafted, beginning in the middle of the action, building to the climax, and each culminating with a satisfying ending.

The story proceeds at an appropriate pace, letting each scene sink in. The dialogues are the highlights of the story. The remarks by the characters helped me understand the storyline even better. These remarks also gave me a glimpse into the characters’ thoughts. The inclusion of a conflict within the story is also very well executed.

However, the intensity of life and death, real or as a metaphor is lacking. Goswami’s knowledge of the beauty of writing, the silent impact of emotions and classic development of characters in every story is prodigious and enhances the narrative of each and every story. It is apparent that a good deal of care and creativity went into the production of this book including layout and design, reproduction and placement of the texts, typography and even the choice of fonts. This approach shows courageous creativity.

So, if you are an avid reader and want to try something new, order your copy right now! You shall not be disappointed.